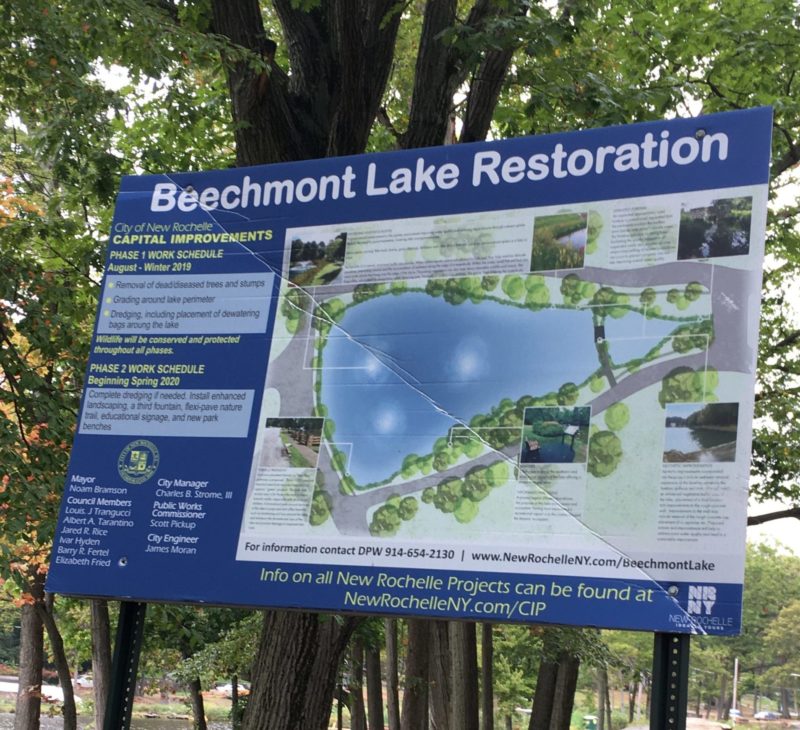 Driving past Beechmont Lake in New Rochelle, you may be amazed to see a guy in a wet suit standing up in the water, as well as some huge, black  “dewatering bags” running alongside Pinebrook Boulevard.

Although the original completion date for Phase 1 of the project was delayed, it looks like a lot is going on these days. (See our previous coverage from the project launch in August, 2019.)

Work on the site was temporarily suspended due to the pandemic, which also increased delivery lead times for materials, according to James Moran, New Rochelle’s Interim Commissioner of Public Works. But Moran says, “A revised substantial completion date of mid-November 2020 has been established.”

Meanwhile, progress-to-date includes completion of the dredging of the main lake portion, called the “main cell.” And other work on the site is underway, such as soil replacement on the perimeter where native plants will ultimately be placed.

Local residents have gotten a kick out of seeing the men in wet suits, as the comments show on Beechmont neighborhood blogs, but everyone will be grateful to see the project completed for good.

Handyman one Suspect in Mamaroneck Murder