Bat Mitzvah Chaperone in Scarsdale ‘Out of Control’ 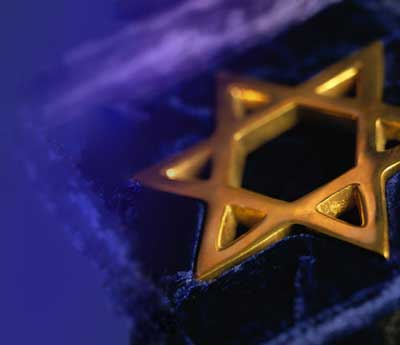 From Scarsdale comes this charming story about a slightly deranged Bat Mitzvah bus chaperone of a bus full of 12 and 13 year-old boys on Saturday night May 19, en route from a Bat Mitzvah in Manhattan to Edgemont High School.

Scarsdale10853.com reports, According to witnesses, the chaperone, who is the brother of the Bat Mitzvah hosts, got angry when a boy on the bus threw a “projectile object” – probably an M&M or a gum ball toward the front of the bus. The chaperone then unleashed a spate of expletives at the pre-teenage boys and threatened them with “death.” According to a parent who met the bus at the school, the man appeared to be drunk and displayed the M&M that had been tossed. The parent reported that the “boys were visibly upset by the abusive and frightening experience.”

One of the boys on the bus captured the chaperones shocking rant on his phone but YouTube has removed it because of its content:

“Who did it? Do it again, you fuck, and you’re fucked! The driver will kill you! He will kill you! One more time, you will die, you will bleed, out of your fucking nose! That’s right I’m spitting in your fucking eye! Ever do that again and you will die, got it? DEATH! You fuck! You spoiled fuck! Spoiled fuck! Do it again, and you’re dead. Did you learn your fucking lesson…ever again…fucking spoiled brat! That’s right don’t ever do it again and I know it was you, you cocky little shit. Death! It was an accident? You purposely threw it at our heads. Do you want these kids to die? You’re first out this fucking door! Welcome to my WORLD! You fuck! How do you feel now? Like the piece of spoiled shit that you are…little piece of shit. Learn something boys? Fucking spoiled brats…all of you. Fucking throwing hard things at people who are driving the bus and saving your life?”

The following morning the parents of the Bat Mitzvah girl sent an email out to the parents of the boys on the bus. They claimed that the “counselor” needed to address “a serious safety issue that occurred when a projectile object was thrown at the front of the bus. … given the late hour and the slick roads, … the safety of the children could be compromised.”

However, they failed to apologize for the man’s inappropriate behavior saying only, “we are very sorry if any of your children were upset by what happened.”

Parents were not appeased by the email and called the man’s conduct “out of control and out of line.” Another said that “given that he was still intoxicated and given his behavior/anger, (he) should never have been alone on the bus with a group of children.”

Let’s be clear – the truest thing he said was “spoiled brats”. A bus full of evil kids from Scarsdale who were chucking stuff at the bus driver? I’m sure their parents were nowhere to be found. Rich, entitled kids showing a lack of respect for their elders and making fun of people in less-than-white collar jobs.

0
Reply
Previous articleWatch this Video of Tornado Forming in Oklahoma
Next articleOklahoma: How to Help