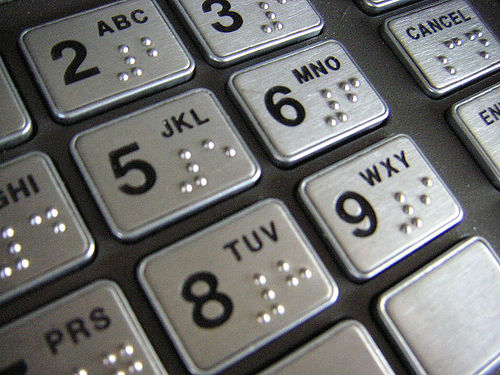 Police have discovered ATM card skimmers and hidden cameras at bank machines in four Westchester communities, sparking Loop-area police to urge residents to be on guard.

The most recent incident occurred in Bronxville, where police on Sunday discovered the devices installed at HSBC Bank on Pondfield Road. Similar illegal set-ups have been found at banks in Pelham, Yonkers and Poughkeepsie as well.

On Friday, Rye police issued a warning, urging residents to take precautions when using an ATM machine. It says:

“Four communities in Westchester County have reported incidents of bank card skimmers and secret cameras being installed on automated teller machines (ATMs). The skimmers record information from a user’s ATM card, and the cameras record the user’s PIN (personal identification number) as it is punched in on the ATM keypad.

“Although these incidents have not affected our community, it is always wise to take basic precautions when using ATMs here or in your travels:

— Before inserting your card into the slot of an ATM, wiggle the slot. Normal ATM slots should not wiggle, but a skimmer installed on the slot may seem loose.
— Cover the keypad with your free hand while keying in your PIN, so if a hidden camera is installed it will not be able to record the number.
— Always be aware of your surroundings when making an ATM transaction, and be alert for suspicious activity or people loitering nearby.”