Owner Seeks to Raze Larchmont Home, No Objection by Preservationists 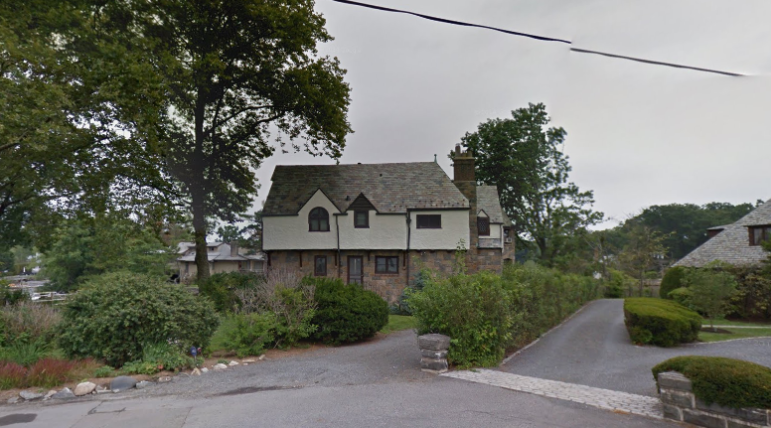 Another Larchmont home is facing a tear down, after the developer applied for an exception to the temporary moratorium, also known as Local Law 1-2016, which was recently extended to October 15, 2016.

The proposed project, however, does not appear to propose multiple, or even one larger, home. The Larchmont Village Board will announce its decision at the Board meeting on August 8, at 7:15 pm. A hearing was held August 1.

Preserve Larchmont, a citizen group formed to address concerns about overbuilding, did not object to this project. Spokesperson Sarah Bauer said, “According to (the new owners’) documents posted on the Village website, the new plan involves a house that will be approximately the same size as the existing house… In addition, it will have much smaller square footage and side yard setbacks than would be required under the new proposals made by the Village consultant.”

While many citizens have been concerned with potential overdevelopment of Larchmont and the destruction of historic homes for many years, the recent plan to raze 40 Ocean Avenue fueled a recent surge of citizen activism and the passage of the Temporary Moratorium in April, 2016.

What is the problem with the old house that can’t be fixed.

Sounds like a BS excuse to wreck a beautiful old house and build the “BS du jour” house with a living room kitchen combo that all these young punks from NYC want.

I am a builder and anything can be fixed – it just takes money, dummy!

This is not a developer. It is the owner and they did everything they could to attempt to renovate but all the experts have told them that the existing house is beyond repair. I am a direct neighbor and think the new house will be a nice improvement.

You are correct. Just because it is a Tudor built in the thirties does not make it special.

The first tragedy of tear-downs is that the high cost of construction today will usually prevent developers from creating homes with similar levels of detail and “finish”.

(Only the truly wealthy can afford such homes)

That means that these new homes will never age into an “esthetic graciousness” if you will.

The second tragedy is that the modern nouveau affluent associate size with social standing so we end up with oversized structures that lack the traditional relationship between footprint and property.

We blame the developers because it is easy.

The truth is that they are simply providing what the new Larchmonter wants.

Do you honestly think that a Larchmont family has an obligation to sell their home for less than it’s worth?

A family’s first obligation is to itself; not “job on” and his/her neighbors.

Running your mouth on internet forums costs nothing.

Stepping in and making a difference takes cash.

If people in Larchmont want different then they can step up and create a trust to buy these homes out from under the developers.

Very simple to do. Create the trust. Create a law that protects homes sold through the trust. Let it be known that the trust will pay more than any developer. Buy the house. Sit on it and wait for someone willing to step up and buy it with its restrictions.

Sound appealing to you?

That’s how players manage it in communities with REAL money.

It’s a hard reality but it is a put up or shut up world.

Don’t beat up up on families that are simply meeting their obligations to their children and grandchildren just because you don’t have the firepower to help create a different outcome.

Village did the right thing and has shown it’s reasonable in handling issues on a case by case basis. I don’t want my hometown looking like an overgrown McMansion mini city. People that say “what would folks say 100 years ago if they saw Larchmont now” are making a pretty naive blanket statement. There are towns and villages in westchester that have caved over the past 100 years for the quick cash and crap regulations and guess what? Those towns look like crap and property value has plummeted. Meanwhile, places like Rye, Briarcliff, Chappaqua have been forward thinking and surprise surprise their towns have seen the value only go up. I want the same for my home and my kids’ home here. Not a lower ROI. I also don’t want cheapo homes to be erected that take up 85% of the property. If you want that, move to Staten Island.

What do you think Larchmont looked like 100 years ago, even 50 years ago? What do you think those residents would say about our village today. You can’t stop progress. What we need is a road map, including one for business here!!!!

It’s pretty sad people do not care once they get the cash and move out of The Village , then it just doesn’t matter anymore , let someone else worry about it is the attitude .
Such a great place to live, but let’s change that ! The country is changing .

My thought is that there IS a moratorium right now, and no one should be granted an exception.
This seems like a lovely home, 1930’s, well built —and not ready to fall down! I see no reason why any lovely old homes that give character to our Larchmont neighborhoods, and were designed to fit the size of the property they are on, thus lovely trees and landscaping, should be torn down. There need to be revisions of existing zoning regulations and other regulations (which are exactly what the Board is considering with this moratorium!) which much more carefully define the type of houses that should be protected and the style/size of houses permitted to be built. In general, the newer homes are cheap, much more poorly made than these stately Tudors, and do not reflect the character and quality of the Larchmont neighborhoods which originally attracted us to this special, lovely town!

Seems to me that this house is not so special and assuming the same saw footage/footprint it would not be a tragedy. Think we need to pick our battles.