Afternoon Break: You Are An Ironman 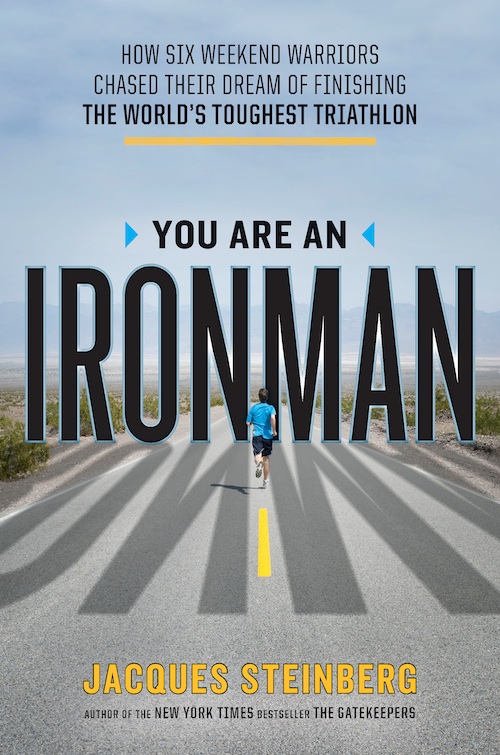 Not so long ago, Larchmont resident and New York Times reporter Jacques Steinberg thought an Ironman “was the race you see from Hawaii every fall.”

But having spent enough time in Larchmont – a town heavy on its Ironmen (and women) — Steinberg learned that’s simply not the case. In fact, Steinberg was so intrigued by the local fitness fiends who have completed Ironman triathlons – a 2.4 mile open water swim, 112-mile bike ride and 26.2 mile marathon run, all in under 17 hours – that he wrote about them in his new book, “You are an Ironman: How Six Weekend Warriors Chased Their Dream of Finishing the World’s Toughest Triathlon.”

“The six people I write about are all Average Joes (or Janes) with jobs and families,” Steinberg says. “For the most part, they are typical, in that they didn’t necessarily see themselves as athletes or athletic growing up, but they do now, in middle age.”

“Their paths to Ironman were filled with lots of triumphs, and challenges, and I tried to tell that story here with suspense — in a way that might appeal to someone who never had a desire to do a triathlon, but wondered about those who do,” he says.

Although Steinberg has not completed an Ironman race himself, he has participated in a “sprint” triathlon — about 1/9th the distance of an Ironman “and I think that is probably about it for me,” he says.

“That said, those who are inclined to set themselves on this path — and remember the book is titled YOU are an Ironman, not I am — tend to finish one,” he says.

Steinberg and several local Ironmen will have a book signing from 2 to 4 p.m. Saturday at Anderson’s Book Shop, 96 Chatsworth Avenue in Larchmont.