A Piece of “American Pie” in New Rochelle

This piece about New Ro rocker Don McLean was written by Mark Lungariello for the New Rochelle Report and we really liked it:

Even those of us that aren’t fans know the chorus: “Bye-bye, Miss American Pie / Drove my Chevy to the levee, but the levee was dry / Them good old boys were drinkin’ whiskey and rye / Singing ‘ this’ll be the day that I die.’ ” 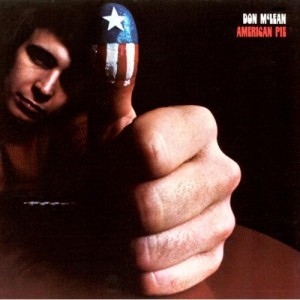 But what exactly it means is anyone’s guess.

Music geeks have been trying to decipher the lyrics of the song “American Pie” for years. And as legend has it, the Rosetta Stone to understanding the song is the City of New Rochelle itself.

Don McLean, the artist who released the iconic tune back in 1971, grew up in New Ro – and many believe the lyrical narrative of the song is set right here on the Sound Shore.

The piece de resistance in terms of evidence is that line in the chorus about “the levee.” If you’re someone like me or Mr. McLean – that is, a kid who came of age in Westchester County – chances are you spent time on North Avenue in New Rochelle. And as far as the rumor goes, we were spending time at “The Levee” mentioned in the song – yes, that’s Levee with a capital “L.” The legend, in case you hadn’t heard it at a North Avenue happy hour years ago, is that the reference to a levee is actually a reference to the levee – as in an old bar called The Levee that once stood where The Beechmont is now located.

One thing most can agree on is that the song is about Feb. 3, 1959, “The Day the Music Died” – that’s the day that a small plane crashed in Clear Lake, Iowa killing its passengers, among them rockers Buddy Holly, Ritchie Valens and J.P. “The Big Bopper” Richardson. McLean, a big fan of Holly’s, was apparently pretty broken up over his idol’s death (he later dedicated the “American Pie” album to Holly). With the lyric “this’ll be the day that I die” reminiscent of Holly’s song “That’ll be the Day,” it seems a pretty safe bet that’s all true. But “The Levee” is a different story.

McLean was so upset, the legend goes, that he drove to The Levee for a drink to drown his sorrows. Problem was the bar was “dry,” meaning they weren’t serving any booze. The problem with that story is that The Beechmont was never called The Levee (according to the bar, they have been called “The Beechmont” since opening in the early half of last century). And there may have never even been any bar with that name, according to Jim Maisano.

Maisano, who currently serves as a county legislator, said he took up some amateur sleuthing by simply asking some of the city’s longtime residents. “The people all agreed there was never a bar called The Levee,” he said. “And the people who said the Beechmont used to be called The Levee are just wrong.”

Maisano, like McLean himself, graduated from Iona Prep. The county legislator said even back in the early 1980s while he was a prep student, The Levee rumor had become prevalent. During a recent conversation I had with him, Maisano did some quick math and realized that on “The Day the Music Died” McLean, born in 1945, wouldn’t have been old enough to drive a Chevy to The Levee, a levee, or anywhere else.

He also knocked down an interpretation of the line “them good old boys were drinking whiskey and rye.” Some think that the line is “whiskey in Rye” as in Rye, N.Y. The idea there, supposedly, is that with The Levee either out of alcohol or closed down, youngsters had to drive to Rye for a stiff drink. “Trust me,” Maisano said with a laugh. “There was never a time when the bars in Rye stayed open later than the bars in New Rochelle.”

Even if there is no actual bar called The Levee, many still believe the line is a reference to a bar called The Barge, which was literally docked near Hudson Park. At a levee. Maisano called the joint a “kooky place.” Bob Cox, the editor of New Rochelle blog Talk of the Sound remembers it vividly. And based on the makeup of the place, the “dry” thing may have been literal. “When the high tide came in, you were standing in two inches of water,” he said. “But I don’t know if that’s what he was referring to.”

To Cox, it doesn’t matter what the levee reference is – the song is still about the city. “It’s the most famous song about New Rochelle,” he said. Cox noted that growing up locally, McLean used his experience as a kid to shape the lyrics however cryptic they may be. In the first verse, for example, McLean says “But February made me shiver / With every paper I’d deliver” and he reportedly worked as a delivery boy for the now-defunct Standard-Star (the building which still stands downtown).

Some believe City officials should seek to promote its place in pop culture, not just for “American Pie” but for other famous connections of New Rochelle – such as the fact Norman Rockwell resided there, and “The Dick Van Dyke Show” took place there. “It would be nice to include him in kind of showing off New Rochelle,” Cox said.

As for McLean himself, he long ago moved out of Westchester, and in true folk fashion, he is famously amused by the confusion and legends. He passed on an interview request on the topic. But shortly after the release of the record, he responded to some interpretations circulating in a statement: “You will find many ‘interpretations’ of my lyrics but none of them by me,” he said. “Sorry to leave you all on your own like this, but long ago I realized that songwriters should make their statements and move on, maintaining a dignified silence.”

He could be silent all he wants. But I’m sure New Rochelle’s good old boys will still be trying to read between the lines in the middle of sipping whiskey and rye, and God knows what else.

“The Barge”, I am told, sat in Lower NewRo Harbor on Town Dock Road or Water Street (off Pelham Road). Both areas currently have small marinas/boat slips.

By the way, Don McLean played at the Larchmont Avenue Church right around the time this song was released. WE had a weekly gathering at what we called “Alice’s Restaurant” and Don drove over from NewRo to play his new tunes!

This piece does not answer the Levee question, but everything else is here!!

Your research on “The Levee” is absolutely correct. I was a freshman at Iona College in 1959, and “The Beechmont” was the only name that any of us ever used when we referred to that regular hang-out on North Avenue just across the street from the school (the legal drinking age was 18 back then).

Some years later (around 1976) I became affiliated with the New Rochelle Council on The Arts and regularly worked as Exhibition Director for their annual art shows at Lumen Winter Gallery in the lobby at the NR library, and at other venues.

In 2007 The NRCA’a major annual show was “Music Makers of New Rochelle”. It was an exhibition featuring a dozen panels with photos and biographical information about famous pop music composers who had lived in New Rochelle, and one of the panels was about Don McLean. I’m sorry that we never had the information you discovered while researching your article. It would have made an interesting note in what we wrote about him.

I believe the NRCA still has this exhibition in storage, and it may be available to travel. If anyone is interested, they should visit the current NRCA’s web site at http://www.newrochellearts.org and send them an email.