50 Shades of Gross: Man Sentenced for Tortures at WCC Campus 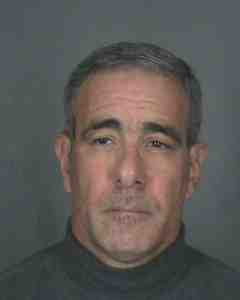 This guy’s a real Boy Scout.

The Westchester DA has sentenced  Lawrence J. Bottone aka “Dr. Hunter” to 10 years in state prison for six counts of Assault in the Second Degree.

The defendant lured his young victims posing as a professor and claiming to be “Dr. Hunter,” who falsely pretended to work at Westchester Community College (“WCC”) and the University of Bridgeport in Connecticut.

He offered his victims the opportunity to join a training program to prepare for employment with international security firms. If successfully completed the defendant promised that they would obtain high paying jobs.

Once they agreed to sign up and joined the program —which required them to sign a multiple-page contract and to give their oath of silence as to what would take place in the program—each of the victims were subjected to physical abuse. Some of the defendant’s methods included whippings and beatings while the victims were naked and covered with vegetable oil, and the painful insertion of pins and in one case a scalpel under fingernails.

Westchester County Police recovered documents related to the crimes and a duffel bag that contained a scalpel, needles, rope, strapping tape, vegetable oil, and dental instruments among other items.

The assaults occurred on the Westchester Community College campus in Valhalla.

The defendant was previously convicted of assault in the State of Connecticut in 1997 and as a result was sentenced as a second felony offender.

Pretty dumb, I would imagine. Now, hold this needle while I get some more oil.

I was a victim of this man. How do you suppose we feel reading what you just wrote Mark.

I was a victim of his also.

Jeez, they arrested the guy for that? Sounds perfectly normal to me. Although I would recommend mineral oil instead of vegetable oil. What’s the world coming to when people can’t even have a little good clean fun?

0
Reply
Previous articleNewbie Alert: Sign Up for the Newcomer’s Club
Next articleWhat Will Become of New Rochelle’s Armory?